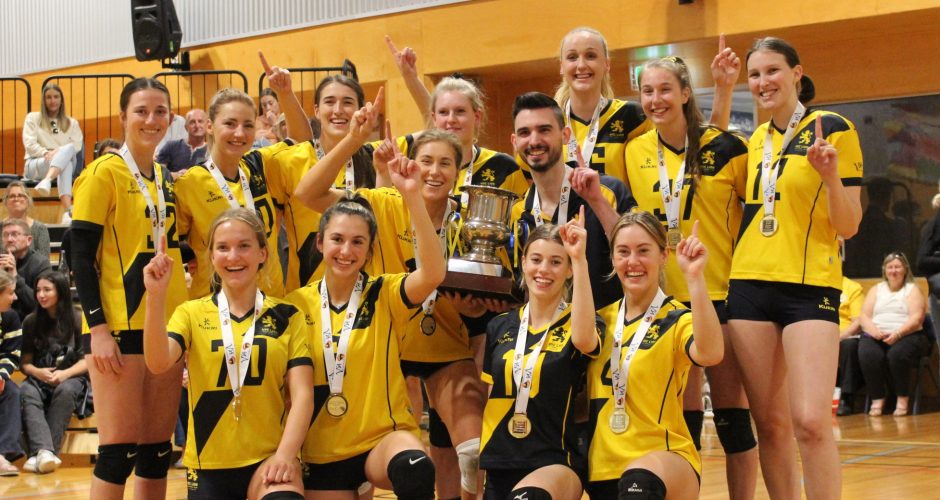 Following a dominant season, losing only one game, the USC League women stormed through the finals series beating South Adelaide 3-1 in the grand final. New recruit Stef Weiler was named best on court, capping off her dominant first season of indoor Volleyball after making the transition from beach Volleyball.

Both the Reserve and Division 1 womens teams had similar success taking out their respective titles. After a slow start sitting at 1-3, the Reserve women found their form dropping only one match in their next eleven regular season games. Narrowly missing out on a top two spot, the girls fought through tough matchups in the semi and preliminary finals on their way to a 3-1 grand final victory over Austral. Best on court was awarded to Ruby Vanloo (USC Lion).

Like the League women, the Division 1 women’s team were frontrunners all year – finishing 10-1 at the end of the regular season. A tightly contested 3-0 win over Henley in the semi final put the girls through to the grand final. After a sluggish start, losing the first set 25-18, the girls flew through the next three sets (25-12, 25-13, 25-13) taking the game 3-1. Charlotte Evans (USC Lion) was named best on court one week on from receiving the competition’s MVP award.