Our Volleyball club was started in 1953 by Ukrainian immigrants who were welcomed into the Ukrainian Sports Club Lion who were already established in Soccer, Basketball and Chess. They were also one of the founding clubs of the South Australian Volleyball Association.

The name Lion comes from the First Division of the Ukrainian National Army formed in 1943 during WWII. It was chosen to honour fallen comrades and uphold the long history of Western Ukraine. The singularity of Lion comes from Lviv in Ukraine which was named after Prince Lev, there remains only one in history, this defines strength in numbers under a single banner and to reiterate that all members and players belong under a single and proud entity.

USC Lion Volleyball Club endeavours to provide an environment for the best players in South Australia to develop their volleyball skills and compete at the highest level in the state, within a friendly, well coached and professionally run sports club, dedicated to the sport of Indoor Volleyball.

USC Lion Volleyball Club has the philosophy of encouraging its players, coaches and officials to strive for the best performance both on and off the court and to contribute to the improvement of the sport of indoor volleyball within South Australia.

USC Lion Volleyball Club has a rich history of success at the State League level, with the Men adding a 21st premiership title in 2016 and the Women adding a 9th in 2020. 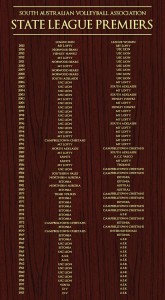